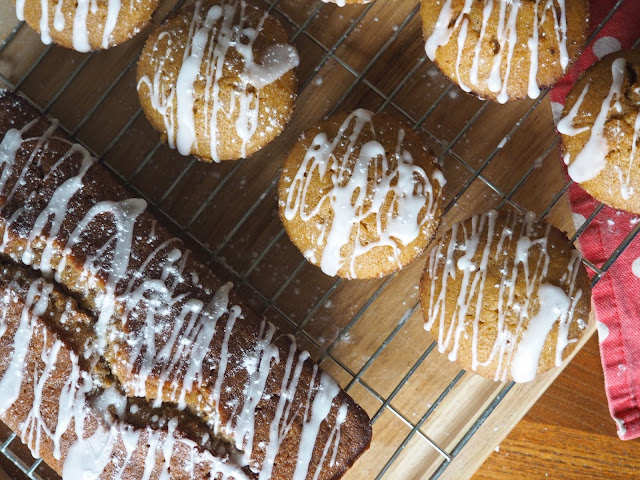 Baking is something I'm not afraid to experiment with. To try new recipes, create my own and to purely have some fun. I feel that there's no limit to what you can do and try and no real rules to stick to so naturally I had to try out something for pumpkin season.

I'd seen Poppy Deyes post all about pumpkins and how she decorated her flat and made pumpkin loaf using someones recipe, which is also the same recipe I followed. Having successfully baked a banana bread before, I thought to myself, it shouldn't be too hard....... so lets take a look in picture form! 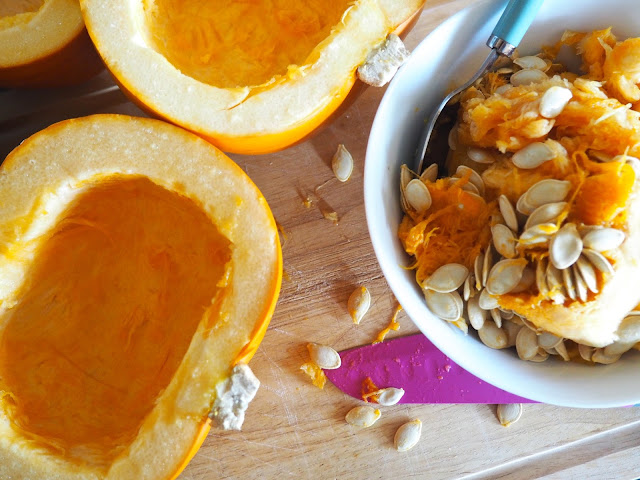 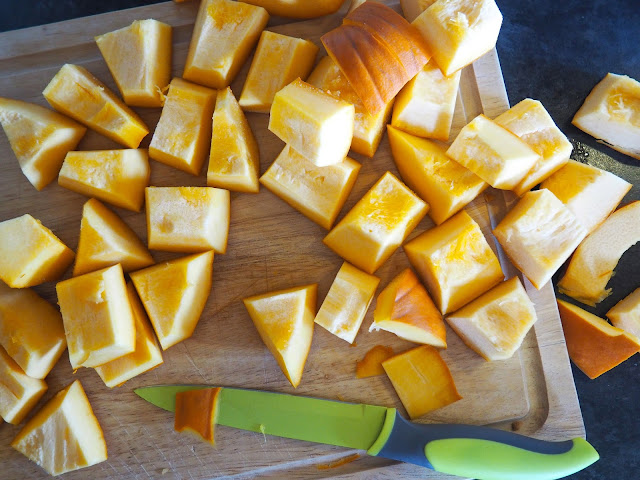 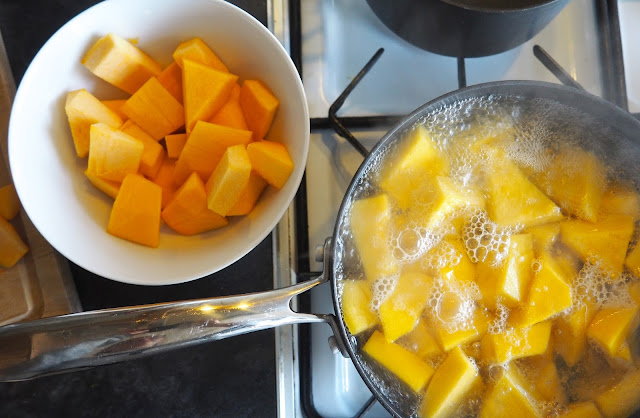 I tweeted the morning of my baking this about whether or not I should buy pumpkin puree or not or whether I should create the puree myself, and I'm so glad I did it myself. It was quite a lengthy process, but you feel like you're really accomplishing something and put something extra into your bake. My poor little Ninja got a little overheated doing this, so I think it's about time I invested in a proper food processor. 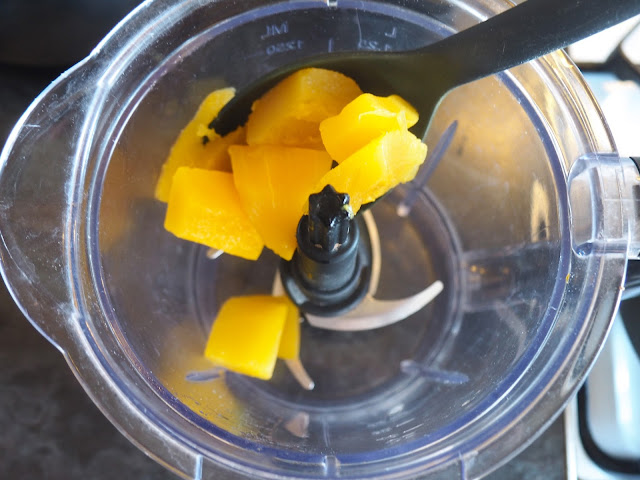 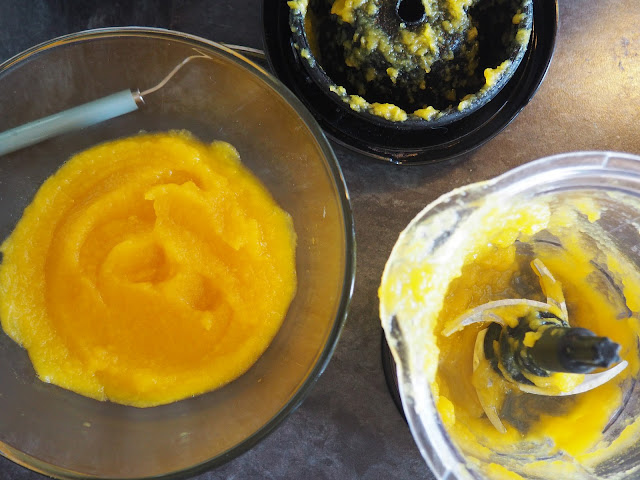 Because I'm gluten free, I swapped normal flour for Doves self raising freefrom flour and left out the baking powder. Please don't forget to include 1 tsp of Xanthan Gum to help the  bake hold together well.  The only dairy swap was the butter I used to grease the tins with and have to say, I've found my favourite freefrom butter which tops all the others by miles, Flora! 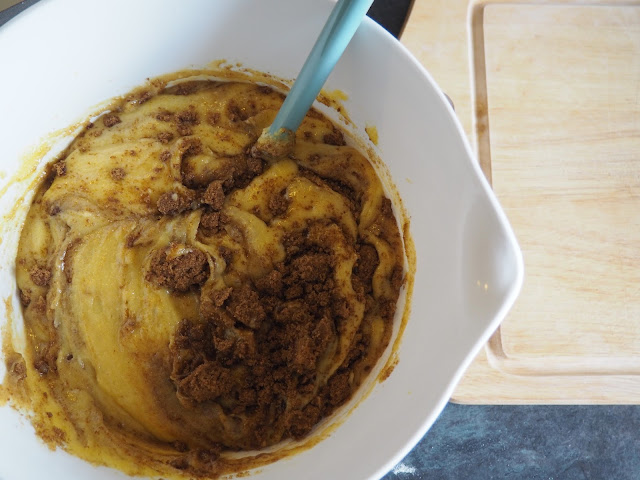 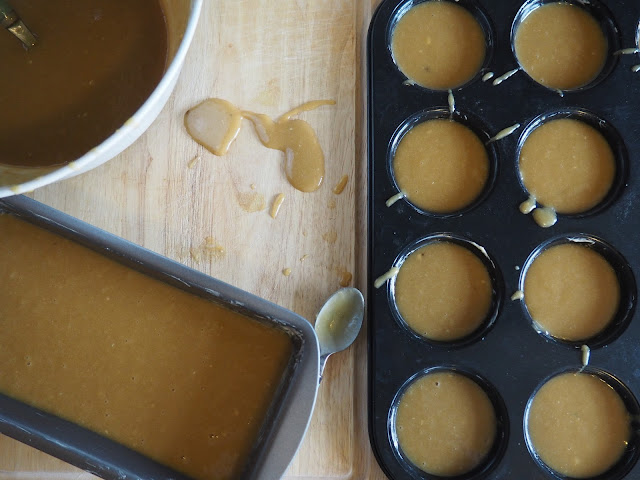 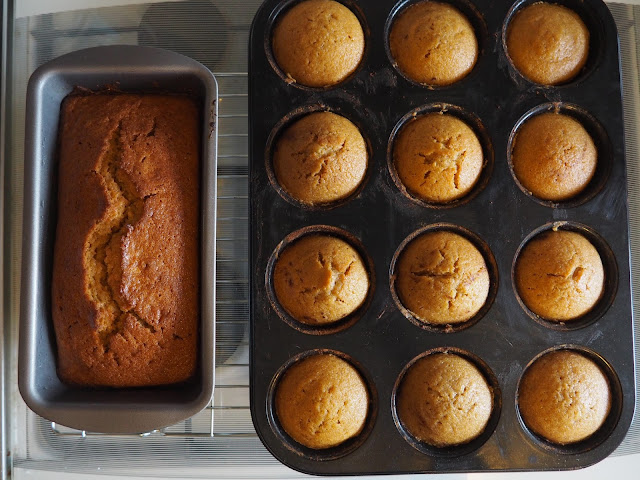 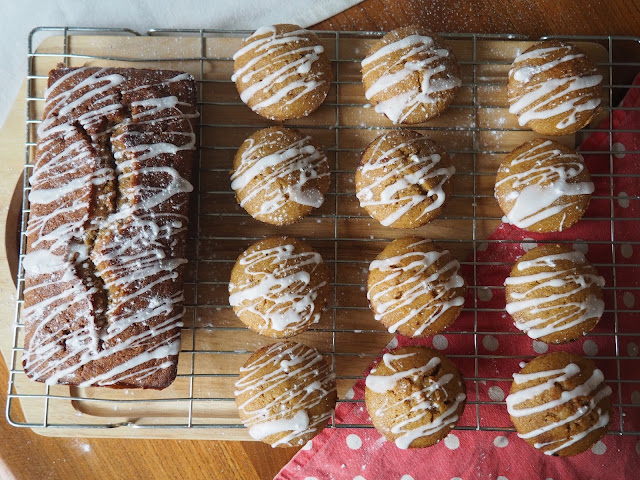 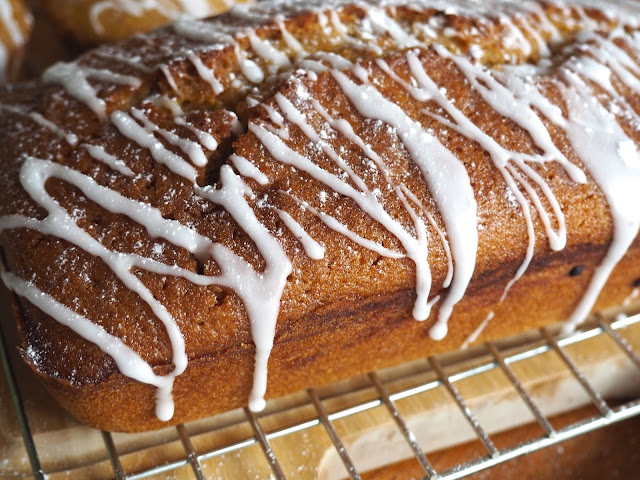 Even though pumpkins were mostly around at Halloween (which means I'm pretty late getting this post up) I think these look really Christmassy and would probably go down well on the big day! These were a bit of a faff but totally worth it, as me and the boyf scoffed the lot (of course with a bit of help) in just under a week.

Let me know if you try these out and whether or if there's any recipes you'd like me to recreate for the freefrom community.

April 15, 2019
It's that time of year again, DREAMLAND is open for business! I get so many questions about Margate and DREAMLAND in particular, so why not do another post for you.

As a South Kent girl through and through, this place has a special place in my heart. Full of nostalgia, and pride of what it's like now.
You may or may know that I've actually created two blog posts already from DREAMLAND, but wanted to give you a little update on it. I also played around with my camera and a new setting so it's a bit of experimenting too haha.
Shall we?

Lets get the disclaimer out the way if you didn't catch it in the top right corner. I was invited to the park on this day as press, so received a free wristband, food and drink tokens. I wasn't asked to create a blog post in any way, but I always like to as you guys like it and its such a fun place to photograph.

Now on to DREAMLAND:
I can't describe how much fun I always have when I visit this place. On this day pictured, it was…
1 comment
Read more

August 26, 2012
Dress: Primark Demin shirt: Topshop Vans: Outlet in Wales Bag: Zara Nail Varnish: Topshop
So here i am, back after what seems a life time. Since my last post so much has gone on and happened in my life that my blog didn't even cross my mind. Some of the issues were personal and boyfriend related which has been hard but i feel I'm back to myself again :)

I would like to say a massive thank you to all of you that have stuck around and have continued to follow me even though i have been absent for a while.

So my outfit is just me on a Saturday after teaching Ballet and decided to go shopping and spend money i don't have!!! A haul post will be up in the next couple of days I PROMISE.

I love cucumbers! There, I said it. I like to eat them, drink them in juices and smoothies, and even like them in my skincare routine.

Over the last couple of months I've really struggled with my skin. Getting hard lumps under the skin, and rash like breakouts that were super persistent and refused to die down. I thought about whether or not I was using too many different products and clogging up my skin, or it was just down to stress or something. All I knew was that I had to give something a go and hope for it to work it's magic on my problem skin as it was getting me down.

What a day to share my love of cucumbers and my love of the Yes To Cucumber range with you cuties. Make yourself a cheese (vegan cheese if you're like myself) and cucumber sandwich and take a read about a range you'll want try!

It may shock you to see an entire range made with cucumbers, but it's actually a pretty amazing vegetable when it comes to yo…
Post a Comment
Read more